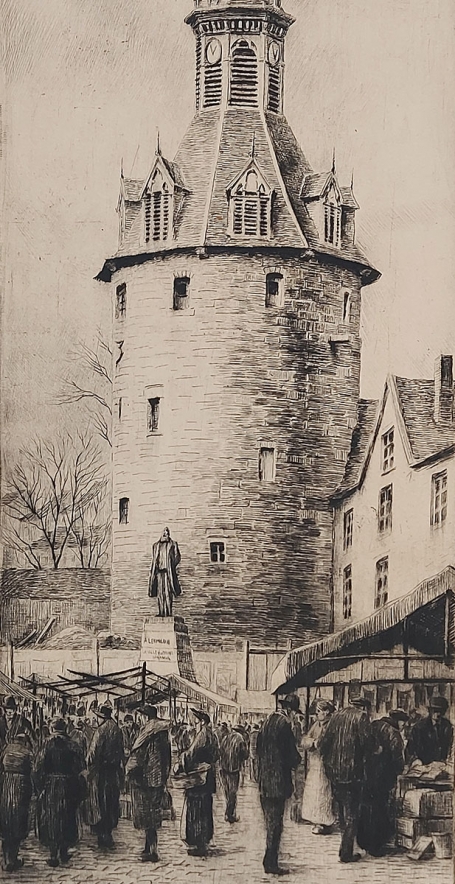 Henry Bodart was a Belgian artist who was born in 1874 in Namur and who died in 1940 in Jambes. He was a draftsman, engraver and painter. As a child he showed a talent for drawing. He soon attended the Academy of Fine Arts of Namur, at that time under the direction of Jacques-Louis Bonet. Henry Bodart has Auguste Dandoy as his teacher, but especially Théodore Baron, who had a decisive influence on his pupil. He focused on drawing and engraving and recommended him to the engraver Auguste Danse, Constantin Meunier's brother-in-law and Jules Destrée's father-in-law.

After two unsuccessful attempts, he enrolled as an art teacher at the Academy of Namur in 1896. He was commissioned to teach linear projection training in 1910 at the Industrial School. In the same year he painted the scenery of Adua, a historical reconstruction of the Aduats' resistance against Julius Caesar, a piece written by François Bovesse under the pseudonym Franz des Chalands. In 1920 he sat as a member of the advisory committee for the reconstruction of the facades of the Place d'Armes. It was probably at that time that he was appointed professor at the Royal Cadet School. His job as a professor, which he fulfilled with diligence, took him a lot of heart, but like General Howen and Franz Kegeljan, it was his artistic and documentary work which he left to posterity. “It is with pencil and brush in hand that the people of Namur see him strolling through the old town, creaking past a sign, a door, an architectural detail or an entire facade."

Henry Bodart retired in 1934 and wanted to devote himself fully to his art. Four years later, the Friends of the Musée des Beaux-Arts de Namur organized a retrospective exhibition of his works at the Hôtel de Groesbeeck-de Croix. About a hundred engravings (etchings, dry points) and 596 drawings, dedicated to ancient Namur (a real X-ray of the city), are presented there. Some blame the artist for his sense of precision, of reconstruction, which leaves no room for artistic impulses. Henry Bodart tackles other disciplines as well: illustration, posters, costume design, historical or folkloric groups and floats. He illustrates in particular the works of Louis Delattre Le Pays Wallon, Jules Sottiaux La Wallonie héroique, Charles Gheude La Chanson popular belge de François Bovesse Histoires d'un autre temps. In this last work, the author draws the portrait of the artist to whom he gives the name Léanne: "The good painter with the eyes of the periwinkle who begged with dedication all year round in the houses and the old courtyards, the blessed opportunity to to affix on paper and canvas the image of a fireplace, a column, a baluster, a door from yesteryear; who spoke very gently to these things and to these people all year round, a bit underhanded of a Walloon child and (which was unleashed by the drunkenness of the day and the richness of the cellar and the brewer, thundering and frank in a thankless but firm voice threw the verses of "La vigne au vin"."

Henry Bodart is one of the founders of the circle "L'Estampe", president of the Federation of Walloon artists, secretary of the Friends of Walloon Art, co-founder of the reviews Joyeuse and Les Jeunes, and of the weekly Sambre et Meuse.
Result:1 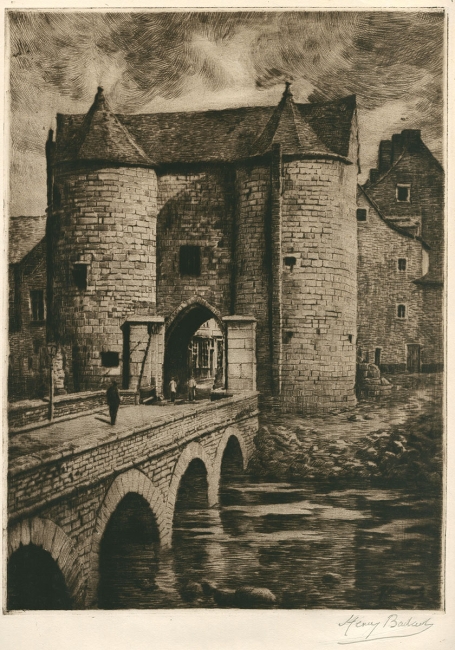 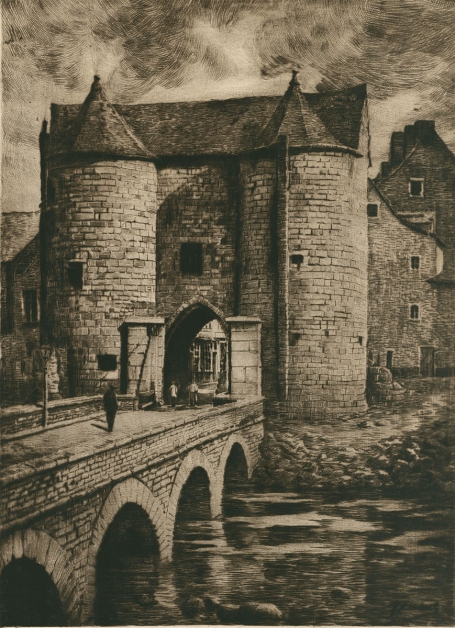 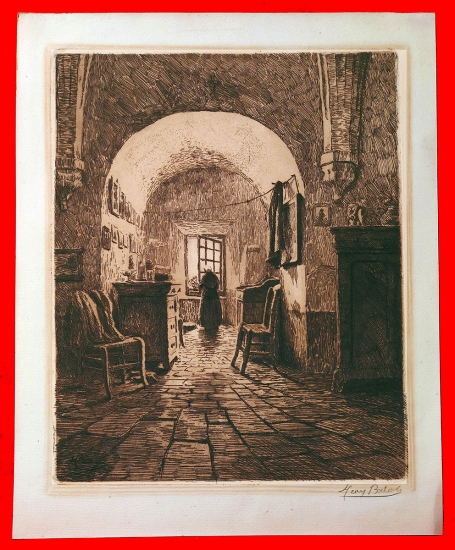 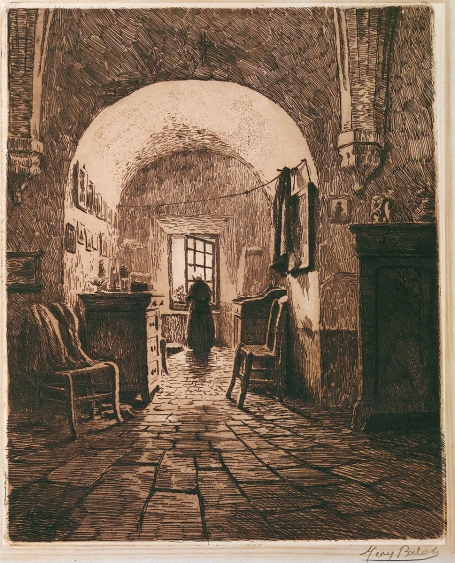 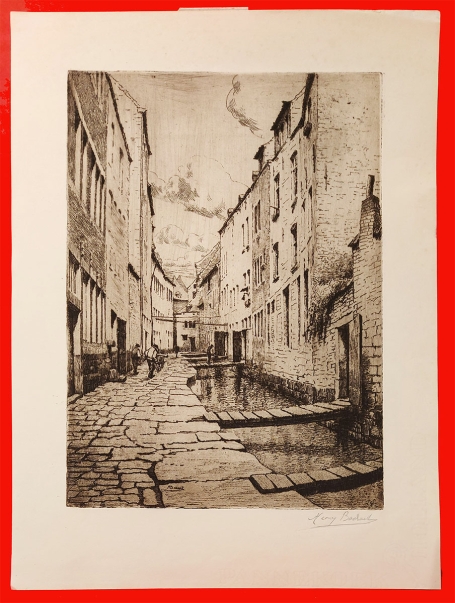 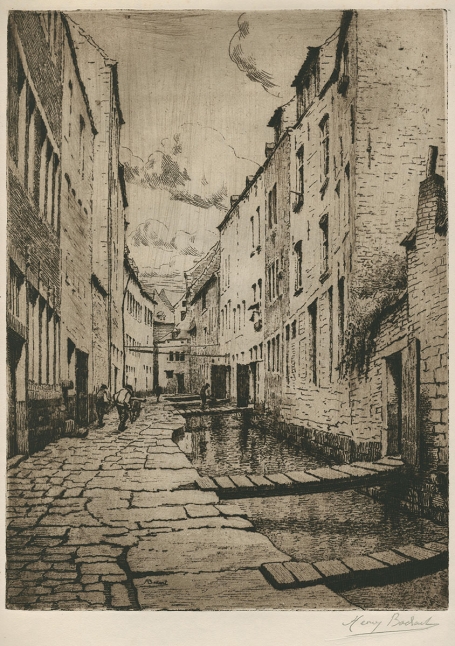 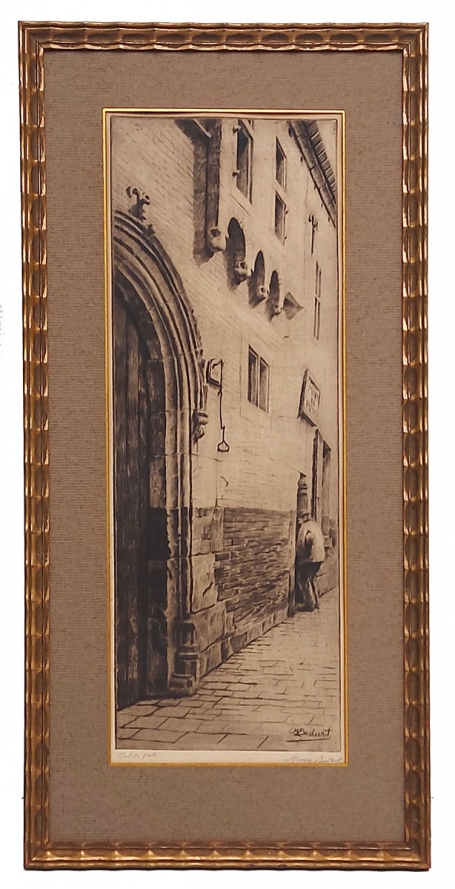 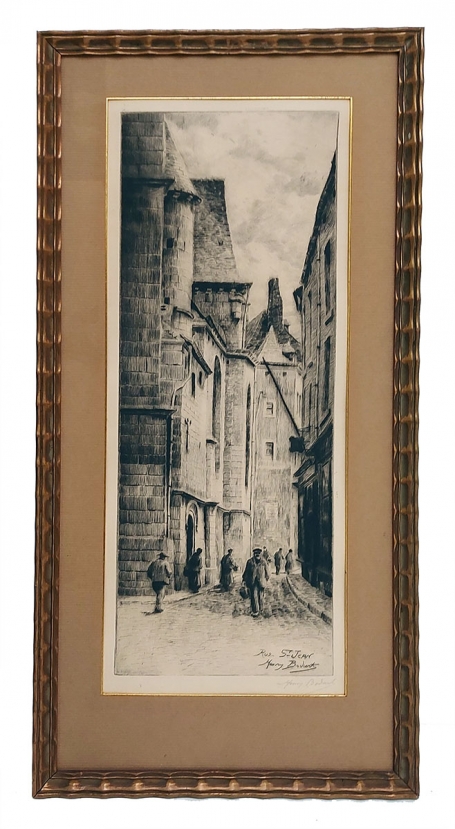 Bodart Henry
€85,00
Result:1
This item has been added to your shopping cart: