Marten Melsen was a Belgian artist, born in Brussels in 1870 and died in Stabroek in 1947. He was a painter and watercolourist. He was educated at the Academy in Brussels, under the supervision of J. Stallaert, J. Portaels, Van Severdonck and the engraver Demannez (1888-1895). Afterwards he often visited the Patte de Dindon studio. Together with his uncle he went to herd sheep and in the meantime drew a lot. In 1894 he started painting in Ossendrecht together with his bosom friend Louis Houwaert (Frater Simeon). In 1896 he settled in Stabroek and his first interior views date from that period. In 1909 he married Jeanne Goossens, a niece of A. De Boeck, and settled in his house 't Vossevelt. He found his inspiration in the Polders and in the inhabitants of this rural area north of Antwerp. He realized fairground scenes, interiors with figures, inn scenes and stable interiors. He often treated his subjects sketchily and sometimes in a brutally naturalistic way, but he always remained intimately connected with his fellow man. He used a graceful invoice with pasty layers of paint. From the press: "M.M. has described a gallery of typical farmers of his region, with their manners and their actions, during the week or on Sundays. But he also had a profound sense of harmony, which expresses itself in the love of a woman and of children.” Marten Melsen was a member of, among others, Le Labeur in Brussels, Als Ick Kan in Antwerp and he also regularly exhibited with Art of Present. His work can be found in the Museums in Antwerp and Ostend, in the Museum of History and Folklore, the town hall in Aarschot and in the Print Room in Brussels and Antwerp.
He exhibited in the Cercle Artistique in Brussels in 1903, 1907 and 1911, in the Galerie Royale in Brussels in 1915 and 1919, in the Wynen-Campo Hall in Antwerp in 1917, in the Renis Hall in Antwerp in 1922 and in the Museum in Sint-Niklaas in 1937. He is mentioned in BAS I and Two centuries of signatures of Belgian artists. (piron)
Result:1 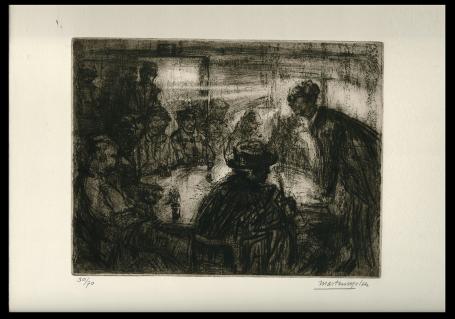 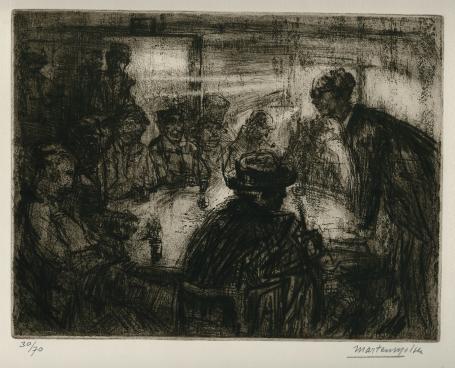 Melsen Marten
€82,00
Result:1
This item has been added to your shopping cart: