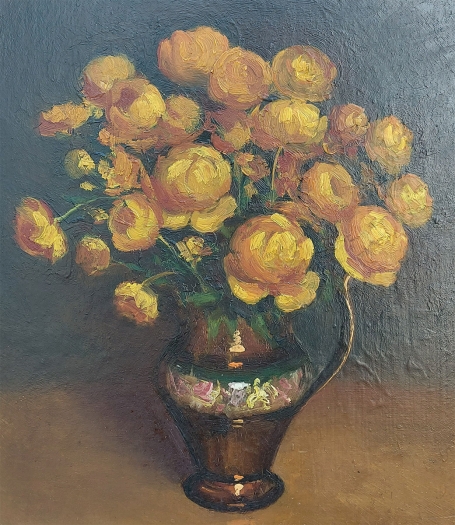 Marthe Fassiaux was a Belgian artist who was active in the first half of the 20th century. She was born in 1909 and died in 1986. She was a painter. Education at the Academies in Brussels and Sint-Joost-ten-Node. Realized portraits, figures, still lifes, compositions. Exhibited with Les Arts en Europe in Brussels from 1964 to 1973, but also in Ghent, Bruges, Namur. One of her works is in the church of Marcinelle-Haies, commemorating the Bois du Cazier mining disaster. Mentioned in Two centuries of signatures of Belgian artists. (piron)

A triptych dedicated to all the victims of the mining disaster almost 3 months ago will be dedicated to All Souls' Day in the parish church of Marcinelle-Haies. The artwork is made by the Brussels painter. Martha Fassiaux. who, after approval of the Diocesan Committee for Ecclesiastical Art, gave it to Mgr. Himmer, Bishop of Tournai, has offered. The central panel features the words of Scripture: "There is no love so great as that which is ready to lay down one's life." The side panels, depicting an angel on the left and a martyr on the right, show the first sentences of the "In Paradisum" for. ("New Schiedamse Courant 1956" 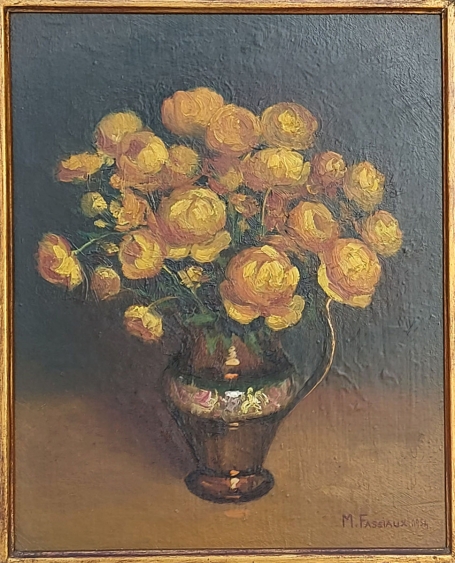 Fassiaux Marthe
€115,00
Result:1
This item has been added to your shopping cart: