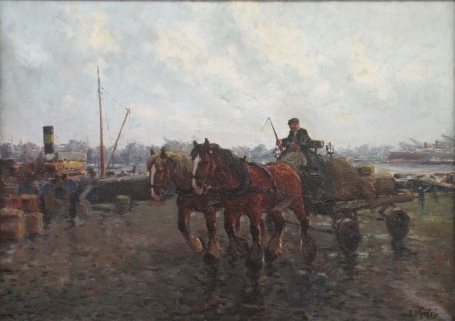 Arnout van Gilst was a Dutch artist born in The Hague in 1898 and died in Bennebroek in 1981. He painted seascapes and cityscapes. Listed in 'Register of death' at P.A.Scheen's lexicon of C.A. Scharten as deceased on August 10, 1942 in Amsterdam; i.e. incorrect (email J.H. Heerkens Thijssen). He was a student at the Academy of Visual Arts in The Hague under the direction of Jan Springer; was a pupil of Johan Coenraad Altorf. As a student of the Academy for Visual Arts in The Hague, he started as a sculptor and then started painting after 1923, in addition to drawing and watercoloring. Arnout, also Aarnout, lived and worked in The Hague until 1937 and moved to Haarlem that year. Arnoud van Gilst mainly focused on Dutch landscapes, city and dune views, seas and horses. Under the maiden name of his mother, A. Jonstra, he painted sailing ships on the Frisian lakes. Van Gilst painted in a naturalistic-impressionist style. Much of his work, especially the landscapes, is strongly reminiscent of that of Cor Noltee. Van Gilst was a real outdoor painter. He wanted to be inspired by the environment and he preferred to go to a remote place where no one could urn up to look over his shoulders. Van Gilst preferred to settle on the side of a ditch and paint the fields on the other side, which he first made clearly recognizable and detailed on canvas and later allowed it to fade away somewhat during the development. He had a very precise, almost topographical interpretation of the landscape, complete with reed sheds, haystacks, sheds and stables. With his somewhat fluffy touch, Van Gilst comes very close to the special atmosphere that exists on the land on windless days, when the sky is veiled. Source: www.kunstbus.nl ›art› arnout + van + gilst 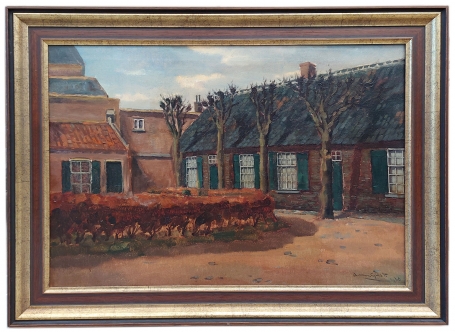 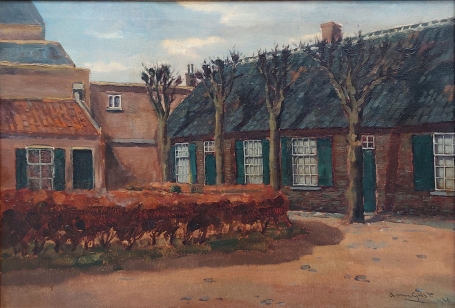 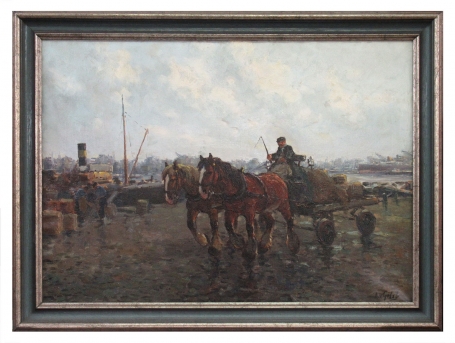